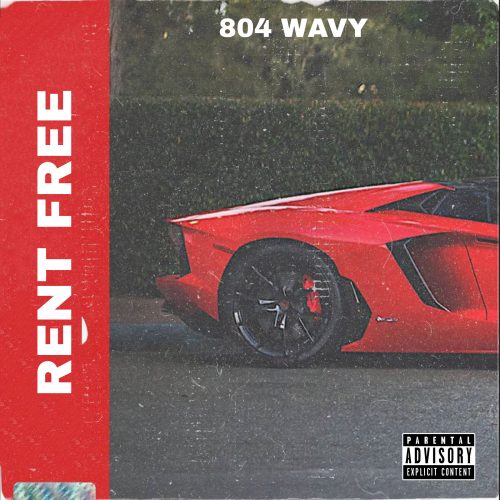 In this new entry in our ‘Diamonds In The Rough’ category, we want to introduce you to upcoming artist 804 Wavy and his brand new single titled “Rent Free”.

804 Wavy is an Indie Hip Hop Artist born and raised out of Richmond Virginia. The 24 year old product, known for his high energy and oddball wordplay is vastly influenced by artists such as Lil Wayne, Drake and Mac Miller, as well as more recent acts such as Lil Uzi Vert and Playboy Carti. Wavy ended up taking a passion to music at an early age as his uncle used to work for Columbia Records in the 70’s. Quickly falling in love with songwriting he became heavily invested into the battle rap scene before transitioning over into more traditional music. Seeking to bring a fresh new energetic sound, he is always turning heads with his beat selection and his catchy punchlines. Stay tuned as he may become more of a regular name soon.

“Rent Free” is a debut single from his upcoming project Believe The Hype. Featuring grungy production from producer Flowrency and a hard hitting energetic flow, this one has the makings of a banger all over it. Taking influence from local VA artists such as La Socket and YvngxChris, Wavy stands out from most of the newer soundcloud scene as most of his music is still very punchline heavy while still keeping a fresh unique sound. This one is a for sure add to any ‘turn up’ playlist. We’re excited to see what heights he ends up taking his music to next as we’re sure we’ll be hearing more from him soon.