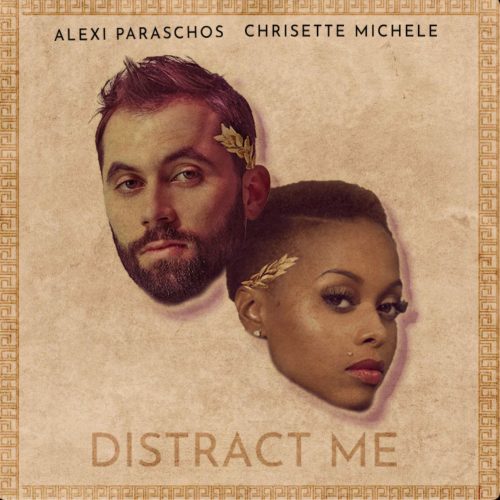 Earlier, we already introduced you to Alexi Paraschos and his song “Love Odyssey”. His latest single is titled “Distract Me” and also deserves a ‘Diamonds In The Rough’ spot. Singer Chrisette Michele is featured on the record.

Called “blue-eyed soul for the 21st century” by soultracks.com, Alexi is originally from the Boston area but now is in Philadelphia, where he has honed his own unique blend of R&B and pop. He got married during the pandemic and his latest project, Love Odyssey, was inspired by his relationship with his (now) wife and a trip to his father’s homeland of Greece in 2018. A collection of love songs and with visuals that reflect Alexi’s Greek heritage, the project transports listeners to a world of endless, old school romanticism, with its groove-heavy R&B musical stylings and lyrics that reflect the joy of being in love. With album features from hip-hop legend Jadakiss and Grammy Award winner Chrisette Michele, and additional appearances by Amina Buddafly, T3 (Slum Village), and Natalie Stewart (Floetry), Alexi is poised to take the R&B world by storm and demonstrate that traditional, two-steppable love songs are not dead.

Listen to the single “Distract Me” below: