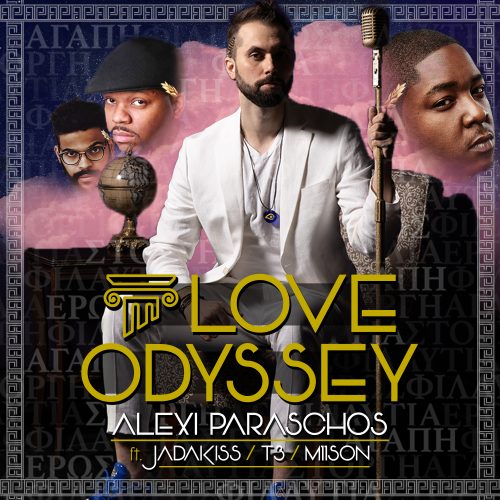 In this new entry in our ‘Diamonds In The Rough’ category, we want to introduce you to upcoming artist Alexi Paraschos and his single titled “Love Odyssey” featuring Jadakiss, T3 of Slum Village and M11SON.

Called “blue-eyed soul for the 21st century” by soultracks.com, Alexi is originally from the Boston area but now is in Philadelphia, where he has honed his own unique blend of R&B and pop. He got married during the pandemic and his latest project, Love Odyssey, was inspired by his relationship with his (now) wife and a trip to his father’s homeland of Greece in 2018. A collection of love songs and with visuals that reflect Alexi’s Greek heritage, the project transports listeners to a world of endless, old school romanticism, with its groove-heavy R&B musical stylings and lyrics that reflect the joy of being in love. With album features from hip-hop legend Jadakiss and Grammy Award winner Chrisette Michele, and additional appearances by Amina Buddafly, T3 (Slum Village), and Natalie Stewart (Floetry), Alexi is poised to take the R&B world by storm and demonstrate that traditional, two-steppable love songs are not dead.

Watch the visuals for “Love Odyssey” below: