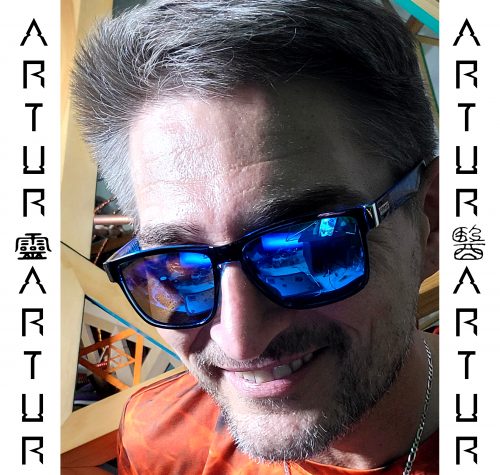 In this new entry in our ‘Diamonds In The Rough’ category, we want to introduce you to upcoming artist Artur and his brand new single titled “Alien Abduction”.

Artur Janusz Domowicz is a recording artist #UplineCreations, a sculptor #LivingAngles and a Design Teacher. He was born in 1980 in Poland and moved in 1987 to Germany, when the communistic regime at that time decided that his father who left the country in 1984 to start a better life for the four of them was considered a traitor by that system, and announced therefore that the Domowicz family had 24 hours to leave the country. Artur is an experiencer and a channel for his higher-self. He specializes in geometric art installations that emit frequencies and his music contains channeled, time-coded information for the generations who have passed and are passing through the Arcturian Gate #StarseedsActivate. In 2022 Artur appeared in Alien Abduction: Answers, an award winning documentary that also features his music, and that is streaming on most major platforms.

Listen and watch the video below: