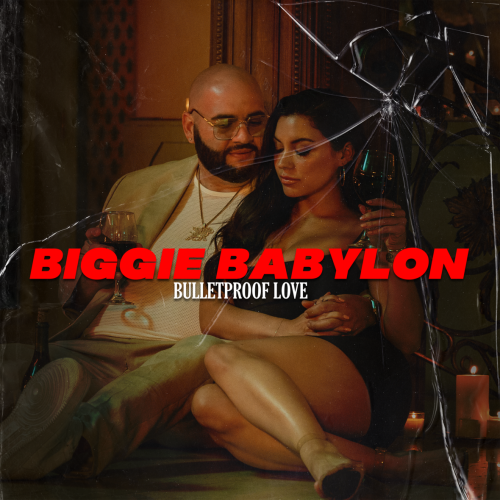 In this new entry in our ‘Diamonds In The Rough’ category, we want to introduce you to upcoming artist Biggie Babylon and his brand new single titled “Bulletproof Love”.

Biggie’s music career was on the rise and his business ventures were also taking off which gave him the power and the capital to finally put his music and marketing plans in play as an independent artist. Everything was going great in early 2020 and Biggie was getting booked to perform and getting paid for recording features. But then the pandemic hit and everything came to a crashing halt for him as well as the majority of the entertainment industry. Without a clear perspective of what the new normal would look like, Biggie even considered retiring from the music industry. But in late 2020 he decided that he had to give his vision one more real shot.

He started working on a slightly new sound and direction with multi-platinum producer Thom Genius and they recorded Biggie’s current chart topping single, “All In.” The track featured a Travis Scott / Post Malone vibe and was different for Biggie but it received excellent feedback from his peers in the industry. “All In” sits at number two on Digital Radio Tracker’s Global Independent Charts and has been featured on Shade 45, Dash Radio, and multiple FM markets in the US. Biggie hired music video super director Damien Sandoval to create the visuals for the track. Biggie Babylon has made a name for himself in music and in business and plans to continue his run with the upcoming release of his fourth album Coronado California, until his name is mentioned amongst the elite.