DIAMOND IN THE ROUGH: Bodega Bamz – “So Supreme” 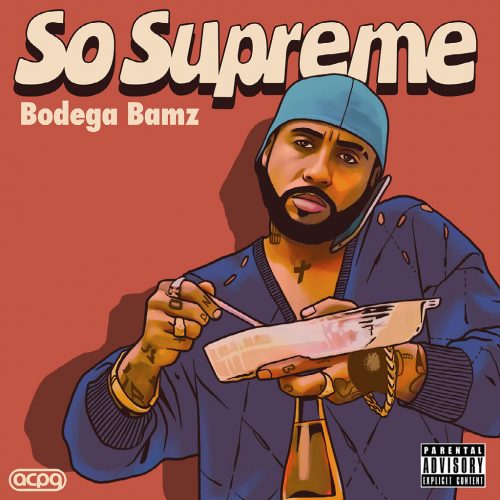 In this new entry in our ‘Diamonds In The Rough’ category, we want to introduce you to upcoming artist Bodega Bamz and his brand new single titled “So Supreme”.

Roaring onto the global hip-hop scene on a tank full of raw rap, charisma and lyrical ferocity, Bodega Bamz is an emerging artist from the mean streets of Spanish Harlem in New York City. His sound fuses an old-school feel to glimmering modern production. The kind of timeless tracks that put your faith back in rap as a genre. His latest single “So Supreme” embodies everything that he’s all about. Weaving authentic stories from the streets with slick lyricism, the timeless track is a rap masterpiece. “So Supreme” is nostalgic and revives the classic style of hip-hop in a fresh new way.

The rapper’s latest smash single is certified come up soundtrack. It has a classic feel and talks about coming from nothing and becoming somebody. The aim of the song was to create something that inspires the listener to keep pushing towards their goals and grinding no matter how hard things get. It all started with a few samples which led to a collaborative session in the studio between acclaimed producer Frankie P and executive producer Johan Estrella, who helped create the instrumental and hook. Many months later Estrella connected with Bodega Bamz and asked him if he wanted to feature on the beat. It was recorded in two studio sessions and was mixed and mastered by Diego Raposo. The lyrics were inspired by Bodega Bamz’s children and he wanted the anthem to make listeners feel good from within.