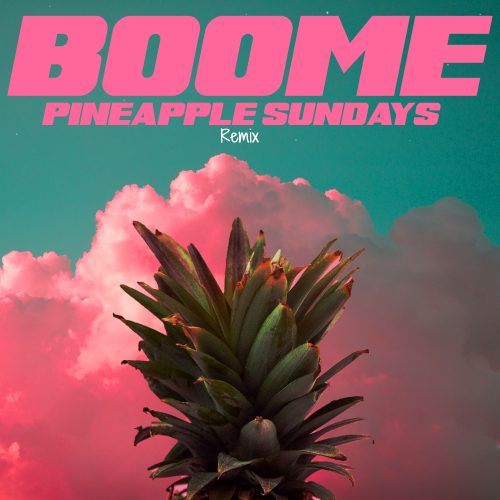 In this new entry in our ‘Diamonds In The Rough’ category, we want to introduce you to upcoming artist Boome and his brand new single titled “Pineapple Sundays” (Remix).

From the red clay Marietta Georgia, musician Boome made a move to Texas and started making a name for himself, touring with the likes of Juicy J, Machine Gun Kelly, Bun B, Bone Thugs and many others. Assembling his core audience and crowning his fans The Skywalkers.

His new single “Pineapple Sundays” (Remix) is out now. The song was influenced by 80’s Pop which is Boome’s favorite genre of music and also by artists like Prince, Michael Jackson and Toto. It’s a perfect summer beat to listen to while relaxing next to the pool or enjoying a sunny ride.

“At its core music is supposed to make you feel good, with ‘Pineapple Sundays’ I just wanted that feeling for everyone to sing to it. I feel like the biggest songs in the world are love songs. The language of love is universal and I definitely want to make music that unifies and speaks to everyone.” – Boome

Along with the song release, Boome revealed ‘Satellites in Texas’, a compelling coming of age documentary. It follows the musician through a 9-year journey that shows us hunger for a dream. But every dream comes with a price, and only a few are courageous enough to continue the pursuit… Available on Amazon Prime Video.