DIAMOND IN THE ROUGH: Boxx-A-Million – “You Told Me” 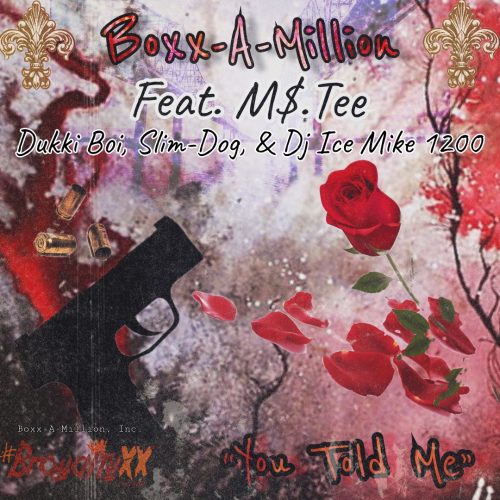 In this new entry in our ‘Diamonds In The Rough’ category, we want to introduce you to upcoming artist Boxx-A-Million and his brand new single titled “You Told Me”.

Boxx-A-Million, is an emcee of New Orleans, Louisoiana USA (9th ward & Westbank) native that currently resides in Charlotte, North Carolina. AHe is also a self-contained, managed, and distributed solo artist (in groups 4oRHorsem3n/New Orleans bom Squad). Boxx-A-Million brings his 20 plus year experience as a seasoned artist, producer, and performer to the forefront of the independent music scene. He is mostly known for his lyricism, intricate rhyming patterns, and ability to adapt to various sub-genres within Hip-Hop. He is also a skilled vocalist in Reggae (Roots & Dancehall) & Rock and Roll (Mostly Alternative & Contemporary). Under a different pseudonym (Mighty Lion EyE) he has co-produced and produced for himself and various indie artists in different regions and countries. He’s highly noted as a top feature when concerning collaborations with other artist, and has been featured on numerous songs for mixtapes and official albums dating from the 1990s until present day.