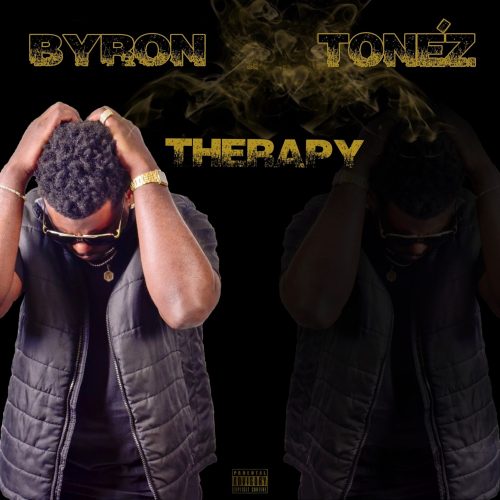 In this new entry in our ‘Diamonds In The Rough’ category, we want to introduce you to upcoming artist Byron Tonéz and his brand new EP titled Therapy.

Founder of Eminence and head of A&R, Stu Roberts explained that the moment he heard Byron, there was no discussion.“As soon as I heard his voice, I knew we had to sign him. All I could think of in the first instance was Bobby V, Omarion, early Chris Brown…I knew he was special”.
With a voice that will, and has already shown, appeal to so many people, Eminence is certain that they can help take Byron to new levels. Inspired by the likes of Dru Hill, Musiq Soulchild and Jamie Foxx, Byron’s style and influence whilst eclectic, is steeped in authenticity and lessons learnt from the legends of the game.Byron has already worked alongside producers such as Brian B-Flat Cook, combining that with mentorship from his musical partner Samuel Bonner Jr, Byron knows he has the talent to help bring a certain flavour of R&B back…
“I don’t want to put myself in a box, I just hope to create create real R&B that appeals to as many people as possible and puts me in a position to take care of my son…I hope that one day, kids might sing some of my songs just like I did”.
Byron’s writing and technical skill behind the microphone was illustrated perfectly on his single ‘Baecation’. Showing off his vocal range and storytelling, the single introduced listeners to a type of voice that hasn’t been heard for a while, a voice that can bring back fond memories of the past whilst sounding just as equally current.
His new single, ‘Caught Up’, produced by X-Beatz and Matt Simon, is due early June.
Byron’s latest release, Therapy can be found on all major platforms now.