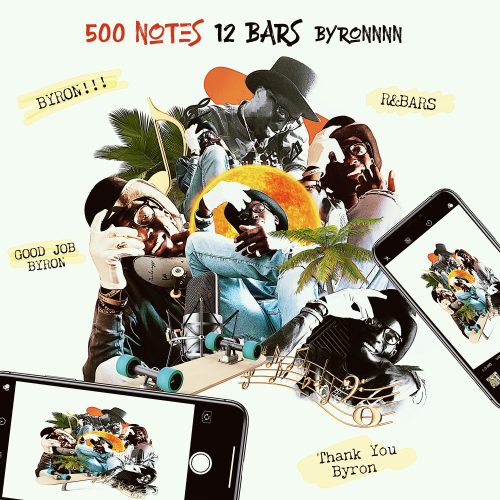 In this new entry in our ‘Diamonds In The Rough’ category, we want to introduce you to upcoming artist Byronnnn and his brand new album titled 500 Notes 12 Bars.

Byronnnn a.k.a. Byron Ford is ayoung singer-songwriter. He is known to sing and rap, and has R&B, rap and pop style songs. Byron has started his own label Coolness Music/Coolness Records which is a division of Coolness LLC. After dropping many projects, singles, collab albums and EP’s, Byronnnn has released his first album 500 Notes 12 Bars, which is an album that contains multiple genres like R&B, Hip-Hop and Pop. It features rapper Dooney on two tracks; “MPB” and “Everyday is the Best Day Ever”.