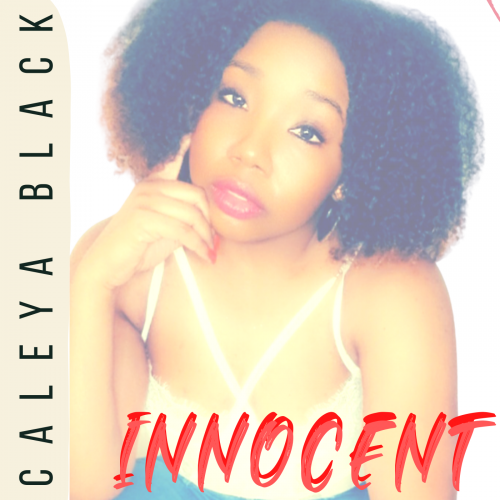 In this new entry in our ‘Diamonds In The Rough’ category, we want to introduce you to upcoming artist Caleya Black and her brand new single titled “Innocent”.

Caleya Black is an R&B/soul singer/songwriter from New Jersey, whose style is inspired by her gospel roots and love of the Motown-era of music.

Her first release, “Our Song”, quickly became a favorite for those who appreciated a more nostalgic R&B. “One listen to Caleya Black’s single, Our Song, will take you back to time when music that ruled airwaves was so soulful, it became a genre,” declared Urban Magazine (Oct. 2016).

Caleya later released her debut EP, Still Loves, in August 2017. For this release,  she received notable press coverage from Thisis50. Since then, other popular single releases include “Go There”, “Thing About Love”, and “When I’m With You”.

As a songwriter, Caleya secured a publishing deal in 2019 and received her first series placement with “Go There” on UMC’s 5th Ward,  starring Mya and Carl Anthony Payne.

When she isn’t writing, Caleya spends her time performing throughout the NJ tri- state area in venues such as Ashford & Simpson’s Sugar Bar and Madison Square Garden. In March 2019, she was also one of the feature performers for Urban Magazine’s issue launch honoring Dorothy Toran (Real Housewives of NJ).

Caleya has been featured on several mixtapes including Mario’s Talent (Mario), Just Vybes (Tank), and Hot 97’s Take it to the Streets (vol.3).