DIAMOND IN THE ROUGH: Cha:dy – “Manifesto Of Honesty” 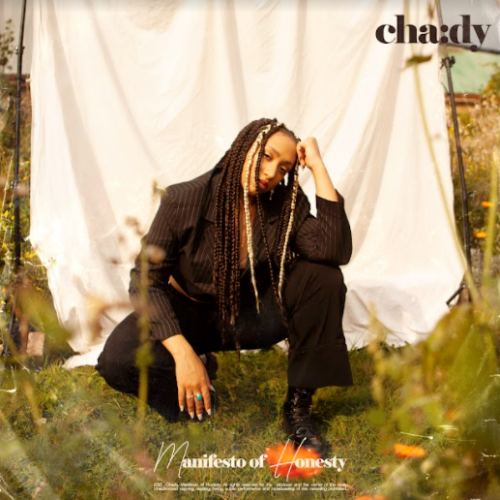 In this new entry in our ‘Diamonds In The Rough’ category, we want to introduce you to upcoming artist Cha:dy and her brand new EP titled Manifesto Of Honesty.

Following a sold out show at Battersea Barge last night, London-via-Paris singer-songwriter Cha:dy releases her highly-anticipated EP Manifesto of Honesty, out now on all streaming platforms. The EP features already released singles “Lazy” (which has just hit 600k streams on Spotify), the intoxicating ballad ‘Suffocating’ and her latest single “Brother”.

Widely praised for her brave, open and honest songwriting and her ability to capture poignant moments through her storytelling, Cha:dy describes Manifesto of Honesty as a ‘sort of music diary’. She says, “it’s all the things I needed to confess to myself and to everyone else, it’s the ugly honest raw truth. It’s a big shake of catchy melodies, two confessions, one big secret, a rap track and French and English lyrics combined.”

With her namesake taken from the Arabic word for ‘Melodious’, Cha:dy is a French singer and songwriter who narrates her story from the hood of Paris to the streets of London through her music. She writes ambitious and unapologetic songs about the ups and downs of life, often with darker, more introspective undertones.