DIAMOND IN THE ROUGH: Chatters – “Loco” 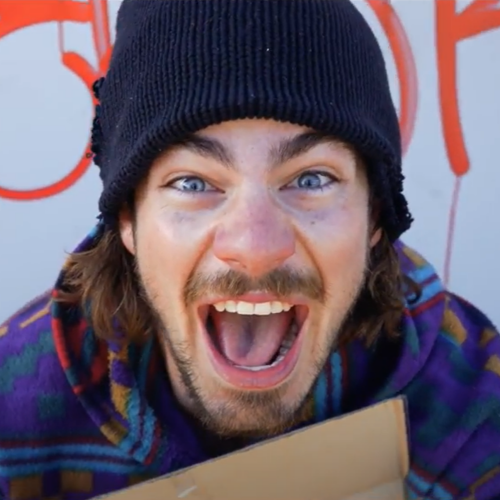 In this new entry in our ‘Diamonds In The Rough’ category, we want to introduce you to upcoming artist Chatters and his brand new single titled “Loco”.

Following the successful release of his latest EP, Still Chatting and its sold-out launch party at Four5Nine, the songwriting hiphop wizard, Chatter, is back at it again, proving himself an artist in creating deep meaningful lyrics hidden behind catchy tunes.

His latest single “Loco” released last May 13, along with its chaotic Music Video on May 18 was written by Chatters and engineered, produced and mixed by Uncool Sam. It was created over a number of sessions of mixing and matching pop/disco with hip hop sounds, while as much as possible using live instruments rather than samples. Recorded at Shakedown Studios in Perth, Chatters and Alex Conradie performed the vocals. It talks about the whirlwind between two people in a relationship, where one is more in love with the other, and the lengths they would go to despite knowing it wouldn’t end well.

Starting off smooth and soulful, the first verse showed us the dynamic of the relationship between them, with “Cause I’ve been there, done that, wasted away, But every other time I was happy to escape, Cause I know I know it’s hard to say, But who knows, who knows if it’s the same.” Both parties try to compare their current relationship to their past failed experiences, but at the same time are wantonly hoping that this time would be different. It was in the second part of the verse where he says “You know me, and I know you, So why is this so hard to get through” that it cracked, and showed who wants to be in the relationship more. It was a tug of war between love and going crazy, except in the end only one of them was steadfastly holding on.

In Loco, Chatters definitively showed his genius as a songwriter. Mixing black and white yet somehow ending up with red, he finds the joy in between chaos. And yet it’s in the “But what I would do for you to put it to rest” that a hopelessly romantic young heart was left squealing. The extent of this boy’s affection for her was truly loco, without rhyme or reason. Full of dedication and determination, Chatters makes you question if this is what love really is like.

If you too can’t get enough of this creative hip hop wizard, catch him live at Lynott’s Lounge on May 27, 2022, along with Nikki Vale, Scott Mackenzie, LG and DJ Uncool Sam, and book your ticket here.