DIAMOND IN THE ROUGH: Cloud – “The Pilot” 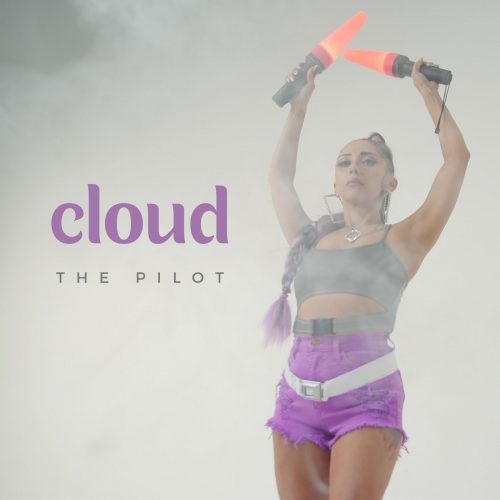 In this new entry in our ‘Diamonds In The Rough’ category, we want to introduce you to upcoming artist Cloud and her brand new EP titled The Pilot.

Produced by Pazarek, mixed by Max Hodes, and mastered by Sammy Fielding at Ancient Owl Studios in Berkeley, CA, The Pilot was thoughtfully created in an openly collaborative environment with the center focus being showcasing the versatility of Cloud’s artistry. The two tracks on this record highlight opposite energies: one being deep and powerful and the other, upbeat and festive. The focus track, “Peanut Butter” is an uptempo, psychedelic, hip hop song that displays Cloud’s enigmatic vocals and energy. With her music, Cloud hopes to create a musical world that is positive and empowering for her listeners.

Erin Claudia Berwick, known by her artist name, Cloud, was born in Colombia during a time of harsh conditions and brought to the United States, where she was adopted by a wonderful family from the Bay Area. As a kid, Cloud has always been a singer and performer as well as a songwriter. She has been on various tracks from local Los Angeles hip hop artists Melow One and DJ Quad. Cloud began performing her own music at festivals, non-profit events, such as Oakland Public School fundraisers, and local showcases. In 2019, Cloud performed on the main stage at the Juneteenth Festival in San Jose, alongside other notable artists, including Faith Evans. In 2018, she teamed up with music producer Pazarek to develop a refined aesthetic, which resulted in her debut EP, The Pilot. Cloud’s musicality is influenced by a wide variety of music from around the world which aids in her creation of dynamic, diverse, and authentic sound. She takes pride in the versatility of her music, which always aims to inspire and connect us through music in our chaotic world.