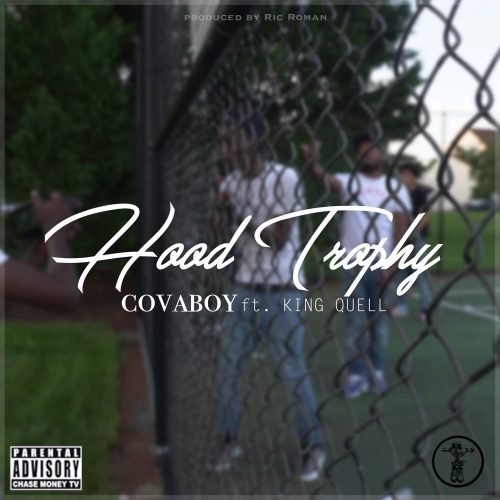 In this new entry in our ‘Diamonds In The Rough’ category, we want to introduce you to upcoming artist Covaboy and his brand new single titled “Hood Trophy” featuring King Quell.

Written in classic Covaboy style with just a beat and a microphone, “Hood Trophy” is the latest single to come from the Maryland rapper. Also featuring a guest verse from King Quell and engineered by MNDFCK Louie at The Kitchen DMV Studios. “Hood Trophy” was inspired by the inner city black youth falling victim to the entrapments of the environment they were raised in, the single draws out some of the issues commonly faced by young people living in Silver City. The story behind the video magnifies the thin line between falling victim to the ills of the ghetto and making it out. Each of the characters try to take their hustle to the top, one chooses basketball and the other chooses the streets but they both get trophies, leaving an open question to us’ which would you want?

Repping Silver City with his uplifting and personal tracks, Covaboy has been rapping since he was nine. Inspired by his older cousin who taught him the ropes and challenged his perceptions of gender and masculinity, Covaboy’s defining characteristic is his candid lyrics that expose the day to day reality of his life. Incorporating fashion, sport and lifestyle into his more chill songs, Covaboy has a track for every situation. An avid live performer, Covaboy has opened for both Kevin Gates and Shy Glizzy at sold out performances at Filmore, MD.