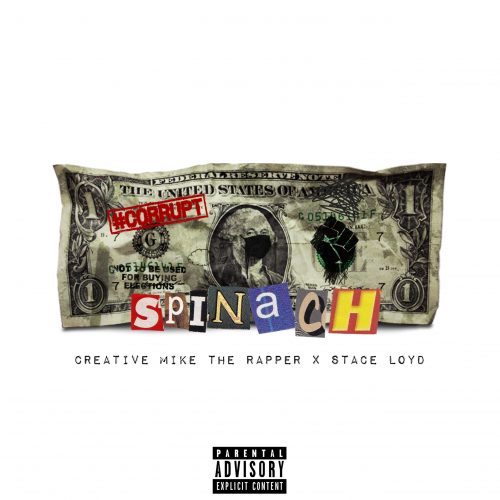 In this new entry in our ‘Diamonds In The Rough’ category, we want to introduce you to upcoming artists Creative Mike The Rapper and Stace Loyd and their brand new single titled “Venus” featuring Chel.

This is taken from the album Spinach, on which Mike showcases his unabashed optimism and progressive ideals, covering relevant issues such as the BLM protests against police brutality and themes of black wealth and community growth. It’s also a family project, a joint collaboration between Mike and his cousin and COO Stace Loyd, who produced the album.