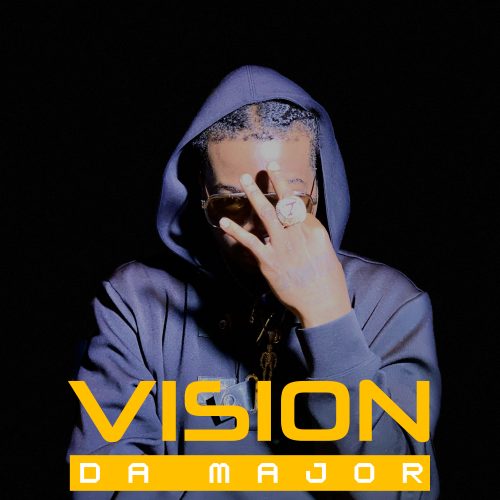 In this new entry in our ‘Diamonds In The Rough’ category, we want to introduce you to upcoming artist Da Major and his brand new single titled “Vision”.

Da Major is an American rapper, singer, and songwriter hailing from South Carolina and currently making a name for himself in NYC. On “Vision” he integrates a wide range of stylistic influences: R&B instrumentation, dreamy beats, and rapid-fire rap and into a bold blend with the dynamics and diversity of a one-man music festival. Da Major speaks candidly in the lyrics, making an emotional connection with relatable confessions.

When asked what inspired “Vision,” he explains, “What inspired the song was my ability to have a vision and see it through. I want to tell people to always keep their vision clear even when times are dark, the clearer your vision the more elevation.”

Da Major has been leveling up one step at a time since his childhood in South Carolina where he began working on music at an early age. His creativity was inspired and nurtured not only by his support system of friends and family but also by his desire to create a better life for those around him. “What inspired me to be an artist is my family. My granddad played the guitar and was a singer, my cousin had his own studio at a young age and my brother was one of the greatest rappers I knew. Growing up in the south and listening to music from all over has allowed me to have some versatility,” says Da Major.

“Vision” is only part of the journey and message. Look for Da Major to release a series of songs and videos throughout 2022.