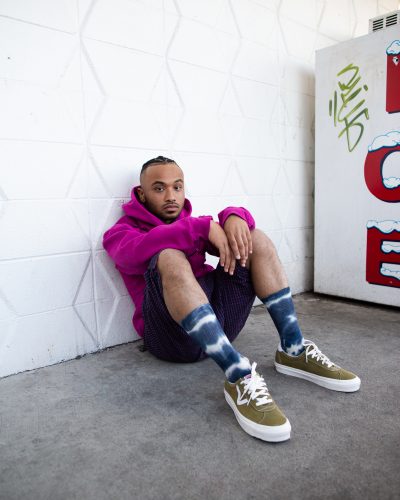 In this new entry in our ‘Diamonds In The Rough’ category, we want to introduce you to upcoming artist Daniyel and his brand new single titled “Good Day”.

The song is about enjoying a day with his friends / those special days where everything just goes right.

His new project ’82’ is all about feel good nostgia and his Portland roots. He recently dropped singles “DON’T JUDGE” and “IT’S OK”, with both making on Uproxx’s Best New Pop Songs of the week and IT’S OK was featured on the cover of Emo Trap for Amazon Music’s playlist.

Last November, he released a single “LOST ONES” which has already organically amassed 4M streams. The visuals were supported by Lyrical Lemonade & directed by Cole Bennett. His management is the team behind AG Club and Payday. He also goes by Kosher Boy due to his half-jewish roots and his music is very raw / authentic.