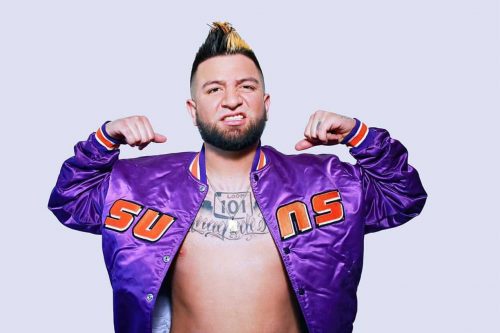 In this new entry in our ‘Diamonds In The Rough’ category, we want to introduce you to upcoming artist Dann G and his brand new single titled “Cabo Vibes” featuring Alexcis and Megawatts.

The son of immigrant parents, Dann G is truly living the American dream. Walk into any nightclub in Phoenix and you’re bound to hear “Cabo Vibes,” his infectious single featuring Alexcis and Megawatts. The song, off of Dann’s album Galvez the Great, has garnered attention all over the area, earning him the opportunity of a lifetime.

With songs ranging from hybrid Spanish love songs to EDM festival anthems, Dann G has amassed a loyal fan base. He has shared the stage with artists including Migos, Lil Uzi Vert, Ozuna, Gucci Mane, Marshmello, and his album Galvez the Great reached the number one spot on the iTunes Latin chart. The music video for “Cabo Vibes” was released this past week and has been labeled by many as the “song of the summer.”

“I’m just a kid from Phoenix with a big dream,” Dann G says. “I used to go to the park near the Phoenix Suns Arena and play basketball with my brother, so getting to perform at the halftime show is truly a dream come true. I hope that I’m showing kids all over the world, and especially in Phoenix, that they should never give up on their dreams.”

Dann’s single release party for “Cabo Vibes” will be hosted by Power 98.3 & 96.1 on June 6 at Golden Margarita in Phoenix, and his music can be found on iTunes and Spotify.