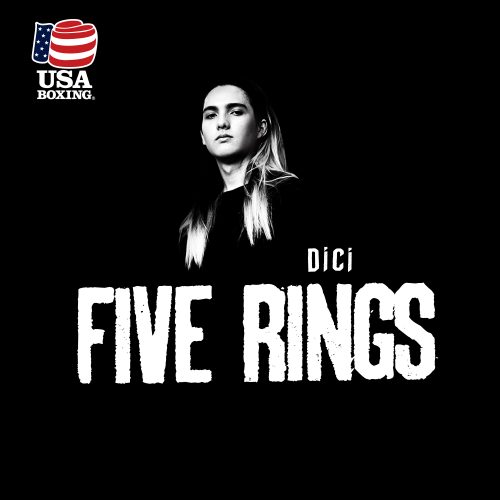 In this new entry in our ‘Diamonds In The Rough’ category, we want to introduce you to upcoming artist DICI and his brand new single titled “Five Rings”.

USA Boxing, a non-profit organization, has announced it has a musical artist in its corner this year. Recording artist DICI will donate 100% of the net proceeds from every download of his new song, “Five Rings,” to USA Boxing to benefit their 1,700 member clubs. Beginning today, boxing and sports fans around the globe can rally behind Team USA boxers heading to Tokyo with a focus on supporting local boxing clubs that help shape the lives of future champions in and out of the ring.

Sports and music enthusiasts can go to https://dicimusic.bandcamp.com to download “Five Rings.” The cost to purchase the song is $1.00, with an option to make an additional donation of any amount to USA Boxing clubs nationwide.  Still early in its rollout, “Five Rings” is scoring rave reviews from music critics and radio stations.

The song “Five Rings” came about after DICI read a 17th Century literary classic, “The Book of Five Rings” written by Japanese swordsman, Miyamoto Musashi. “The book is all about working hard and sticking to one’s training – that’s boxing! The discipline, sacrifice, mental toughness, and grit that boxers endure reaching their peak performance is what motivated me to throw myself into my craft and dream to become a hip-hop artist. It also inspired the song’s lyrics,” explained DICI.