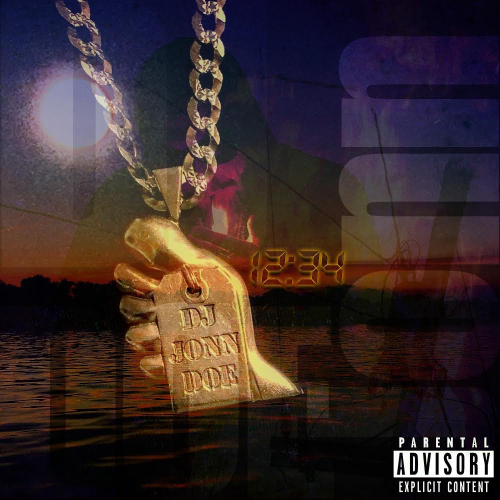 In this new entry in our ‘Diamonds In The Rough’ category, we want to introduce you to upcoming artist DJ Jonn Doe and his brand new album titled 12:34.

An album that should have been named “no skips” New York based recording artist “DJ Jonn Doe” is back with his 5th independent in studio album titled 12:34 featuring the hit single’s “Name” “What I Got On” and “Free Throw” which were all released in build up of the project over the last 10 months.

The return of longtime childhood friend and collaborator Patty John on songs 2 and 4 “The Waltz” and “Ayy Girl” respectively are sure to be one of your favorite vibes.  The 3rd track titled “Mood” is an un-released solo smash produced by Aizbi and is anticipated to solidify the project already oozing of versatile hits.

To round out the 12:34 album even more Doe called on Rochester N.Y. native OdieMagee  to feature on “JET” a modern day drillish trap song boasting of punchlines you would expect with their own unique touch.

The song “STILL” featuring longtime producer turned rapper thelegendarydiesel brings the conscious hip hop vibes and the last song “Make Things Right” is the perfect closing anthem. That is  listening and full of pain. A reminder that makes all the UP times cherished.