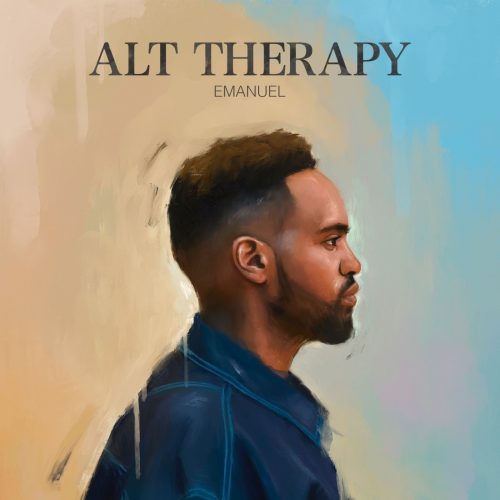 In this new entry in our ‘Diamonds In The Rough’ category, we want to introduce you to upcoming artist Emanuel and his brand new album titled Alt Therapy.

The time has finally arrived for Emanuel’s debut album Alt Therapy to be heard as a whole. It’s a narrative that began with ‘Need You’, famously accompanied by a music video directed by Idris Elba. That led into the first chapter, Alt Therapy Session 1: Disillusion, and later on into the second chapter, Alt Therapy Session 2: Transformation, featuring the unmissable heartfelt single ‘Black Woman’. Both of these EPs and each single represent an essential part of the Canadian-Ehtiopian’s story as he tells, through an honest and entirely human lens; a journey that has now culminated in this wondrous twelve-track record.

Following on from the widely acclaimed single ‘Worldwide’, the debut album features five new tracks ‘I Need A Doctor’, ‘Detention’, ‘Hindsight’ (featuring Dylan Sinclair) and ‘I Been’.

Earlier this Spring, Emanuel was honoured with his first JUNO Award nomination. His critically acclaimed debut EP Session 1: Disillusion has been nominated for Traditional R&B/Soul Recording of the Year which will be awarded at the 50th Annual JUNO Awards this June.