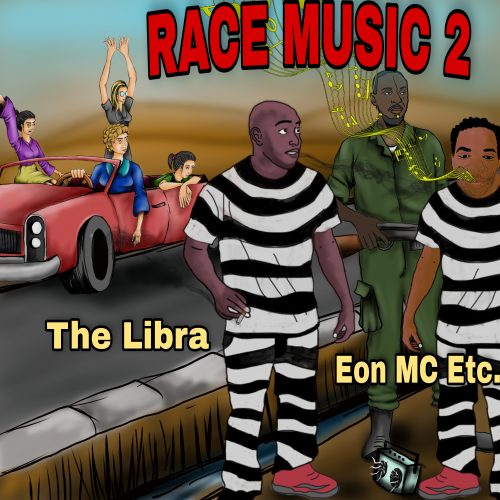 In this new entry in our ‘Diamonds In The Rough’ category, we want to introduce you to upcoming artists Eon MC Etc. and The Libra and their brand new joint project titled Race Music 2.

Eon MC Etc. is a poet, vocalist, and producer. He began his professional career in Los Angeles back in 2007. He has since began his own label, “United Statements” and has been releasing music for many years now . Eon was born and raised in Lawton, Oklahoma. Like many artists, he began singing in church as a child. He quickly took to writing rhymes. Years later he began to take interest in producing and composing. Eon doesn’t limit himself to labels and prefers to never do the same thing twice. He believes his path as an artist is to never stop evolving.
Howell Houston III THE Libra has been a force in the Mo area for over a decade +. Mid 2000 Illuzion Records, late 2000s SFC.  As of late The Libra has been apart of the United Statements, along with Eon Mc Etc. The Libra has had music on BET, MTV and various radio stations.