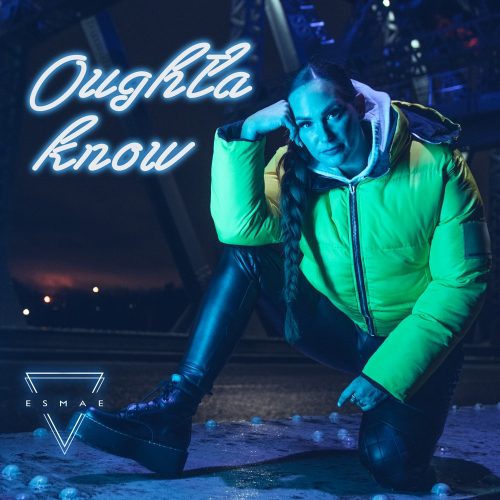 In this new entry in our ‘Diamonds In The Rough’ category, we want to introduce you to upcoming artist Esmae and her brand new single titled “Oughta Know”.

Infused with 90’s R&B influences, Oughta Know is a sassy slice of pop from brand new UK artist, Esmae. Polished production, strong vocals and an undeniably catchy chorus tell the story of a one-sided relationship from the perspective of someone who ‘oughta know’ better. The song has already been supported by BBC Introducing.

“Oughta Know” being her debut single, Esmae has waited a long time to finally release her songs. Although she wrote her first song only aged 16, career success else where meant she was unable to pursue her musical path. Nonetheless music has kept on calling and even though it has taken several twists and turns of life to lead her back to it and – as with all her former pursuits – she is now immersing herself fully.

That started with posting her first ever demos on Soundcloud in 2019, still too nervous to officially release them. To her disbelief they quickly racked up over 500,000 streams and plays on BBC Introducing Tees. This gave her the confidence to start a YouTube channel, uploading weekly cover songs which led to another 500,000 views and a substantial online following. It was then Esmae decided to stop sitting on the songs she’d been writing privately, and took them into the studio to record.The result is a 5-track EP titled Do Better, due to be released later this year.

With distinct pop sensibilities, Esmae draws upon her love of old-school R&B and new-school dance for her music. The upside of starting a pop career ‘later’ in life? A ton of diverse life experience to channel into her lyrics – “I really believe there wouldn’t be the same substance to my lyrics if I hadn’t have had the life experiences I’ve had. I really believe that I’m right where I need to be now and I’m excited to see what the future holds.”