DIAMOND IN THE ROUGH: Funkghost feat. Dynasty – “For The Time Being” 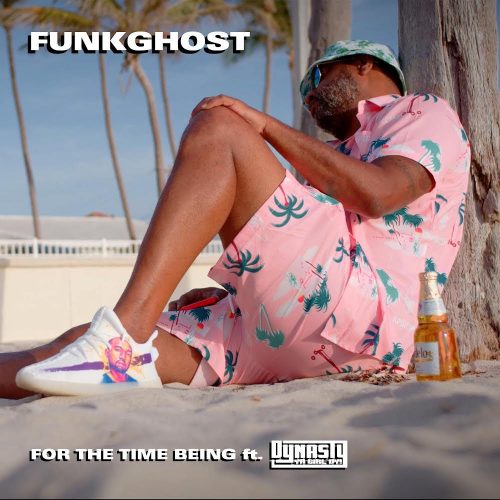 In this new entry in our ‘Diamonds In The Rough’ category, we want to introduce you to artist Funkghost and his brand new single titled “For The Time Being” featuring Dynasty.

Funkghost began his career in the early 1990s as a studio apprentice under the tutelage of keyboard/organ player Edwin Birdsong, who had worked extensively in the 1970s and early 1980s with Jazz Musician Roy Ayers.

In the summer of 1999, Funkghost traveled to New York City and collaborated with Tampa Native Celph Titled who at the time was working as an in-house producer and A&R for the now-defunct BUDS International and Bronx Science Records. They would go on to release Funkghost’s 1st 12′ single “Instructions” b/w “Tampa International”.

Funkghost is preparing to release his 3rd full length LP entitled Life Is How You Paint It via Illsboro Records /Symphonic Distribution. The album’s lead single “For the Time Being”, featuring Dynasty, is an energetic, Hip-Hop , Soul-Funk, infused jam that’s sure to get any party or live event rocking.