DIAMOND IN THE ROUGH: Gabe Baker – “Upside Down” 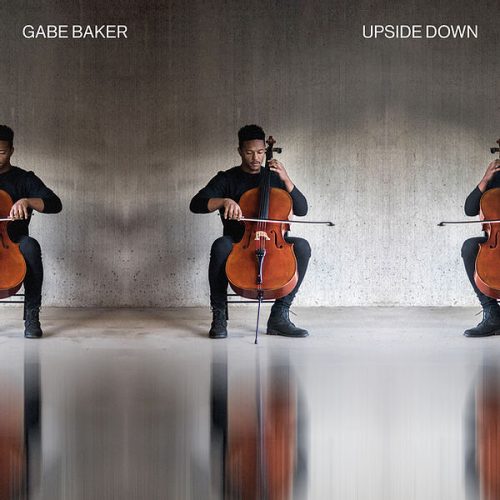 In this new entry in our ‘Diamonds In The Rough’ category, we want to introduce you to upcoming artist Gabe Baker and his brand new single titled “Upside Down”.

Above all, Gabe Baker is a man of faith who seeks to serve others in everything he does — and he does quite a lot! Whether he’s working as a soul singer-songwriter, a cellist, a worship leader or a fitness trainer, Gabe inspires all he encounters with his vibrant spirituality and unmatched ambition. Taking after his evangelist parents, Gabe got his start singing in church. In the fourth grade, he began taking cello lessons and playing in school orchestra. He would continue doing so until his senior year of high school. Like a real-life Troy Bolton, Gabe spent his teenage years alternating between performing in barbershop quartets and acapella groups and attending practices and games as a star football player. Although he started writing and recording original music during this time, Gabe had other plans for his college years. He went on to attend Rice University on a full-ride athletic scholarship. After graduating with a degree in environmental engineering, Gabe stayed in his home state of Texas to work in civil engineering, community engagement and public policy.

Recently, he made the move from Houston to Music City after a stint on ABC’s “The Bachelor: Listen to Your Heart” left him inspired to dedicate himself to his craft as an artist. He’s since kept busy in spite of the limitations the pandemic has imposed on the music industry. In addition to getting regular work as a co-writer and studio musician, he has been avidly recording and performing new music of his own. In the lead up to his debut EP, Gabe dropped his first two singles: “Butterflies” and “Take Me Away.” After the fall release of “The Year of Vision,” he put out “Mother,” a heartfelt tribute to his late mom. Fans can expect to hear more songs marked by Gabe’s innovative blend of soul, folk and R&B in the coming months!