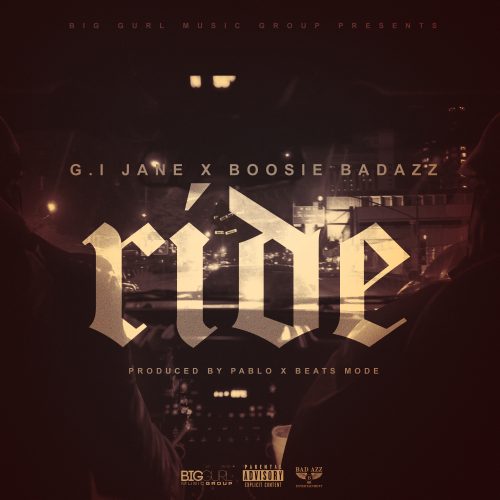 In this new entry in our ‘Diamonds In The Rough’ category, we want to introduce you to upcoming artist Gijane and her brand new single titled “Ride” featuring Boosie Badazz.

With the genre of Hip-Hop being a male dominant landscape, Gijane is the standard breaker in terms of meeting and exceeding goals set by most of her peers. Now residing in Indianapolis, the artist, songwriter and co-owner of two independent labels is vested in her craft and has the accolades to prove her status.GI Jane has the bravado and lyrical capacity to hold her own on the microphone. This is displayed on the I Eat Mics mixtape she released to critical acclaim. Her other projects include her album release Straight Thang No Play Thang with a feature collab with Young Tragedy. Jane received an award for Best Female Rap Artist and has open and headlined at several venues across the midwest.
Her recent single release “Ride” featuring Boosie Badazz is receiving both rave reviews and streams across multiple music streaming platforms.GI Jane also serves as a mentor for her Youngins Chasin Million$ label, guiding the careers of her young artists and providing them an alternative to grow upward. A seasoned veteran to the Hip-Hop game in the Circle City, Jane intends to stake claim in Hip-Hop for many years to come.
Listen below: