DIAMOND IN THE ROUGH: Horace Dodd – “I Gotta Feeling” 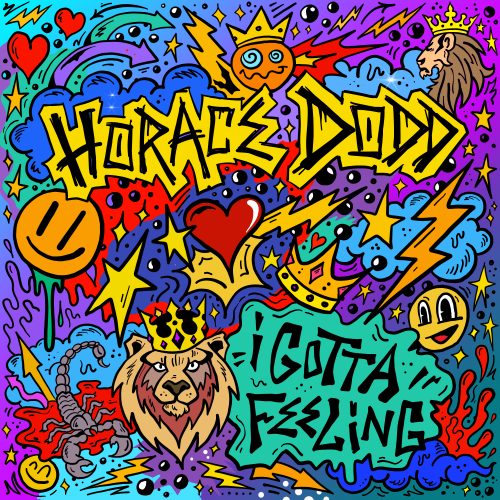 In this new entry in our ‘Diamonds In The Rough’ category, we want to introduce you to upcoming artist Horace Dodd and his brand new single titled “I Gotta Feeling”.

Recording artist, producer, and actor Horace Dodd was born with a pure artistic talent that is evidenced by his self-taught ability to play classic instruments such as keys and guitar, combined with an uncanny proficiency with the major DAWs that allows for the independent production and recording of his own stylized work. A native of Brooklyn, New York Horace relocated to Connecticut in his early childhood where he grew up to the sounds of greats such as Stevie Wonder, Michael Jackson and The Notorious BIG. Their distinct styles cultivated his love for music, while an introduction to The Beatles during a History of Rock-n-Roll course studied Junior year at Boston College transformed the way Dodd listened to and perceived musical composition.

A passion for the performing arts brought Horace Dodd to the West Coast where he currently lives, works, and records in Los Angeles. At the age of twenty-two, Dodd signed an exclusive publishing deal to write and produce tunes for Songs Music Publishing, becoming the first urban songwriter in history to be signed to the company. Over the next decade, two dozen of his original works were featured in numerous commercials and TV programs in both the domestic and international markets. While most of Dodd’s music credits have been for producing jingles used in commercials and smaller co-writes, in 2020 his single “Can’t Slow Down| written for Chinese star Fan Chengcheng is his highest-ranking release to date, peaking at #18 on the China Billboard Charts.

Horace Dodd’s latest project is his warmly optimistic single, “I Gotta Feeling”, which is a confident declaration that the collective atmosphere is changing for the better starting today. Interwoven into the song are strong themes alluding to the true meaning of personal wealth and intrinsic value of life. According to Dodd, “wealth isn’t necessarily about how much money you have in your bank account – self-image and self-worth are more important than net worth”. And the world couldn’t agree more that “I Gotta Feeling” is arriving on the scene at the perfect time with summer right around the corner and optimism on the rise. Though currently signed to Kobalt as a writer and producer, Horace has independently released this latest hit on every major music platform.

Listen to “I Gotta Feeling” below: