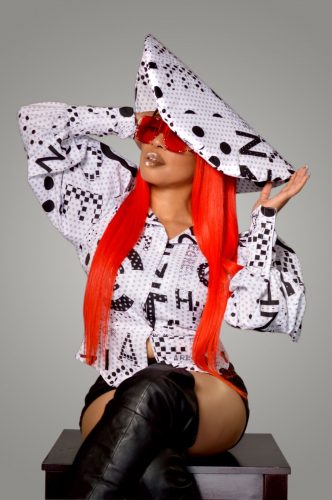 In this new entry in our ‘Diamonds In The Rough’ category, we want to introduce you to upcoming artist Ivy Shades and her brand new single titled “Photo”.

Ivy Shades’ recently released single and music video, “Photo,” has received critical acclaim from several media outlets. She recorded the catwalk-ready anthem after being inspired by her first pair of red-bottomed shoes, purchased with her hard-earned money. Ivy talks passionately about owning her power as a woman and avoiding the pitfalls of a male-driven misogynistic industry.

As a Luxury Eyewear Designer, Ivy Shades is an accomplished six-figure entrepreneur whose bold designs have been featured in  FashionBombDaily, Black Enterprise, XXL, Vibe Vixen and have garnered support from celebrities such as  Rihanna, Cee-Loo Green, and Lady Gaga.