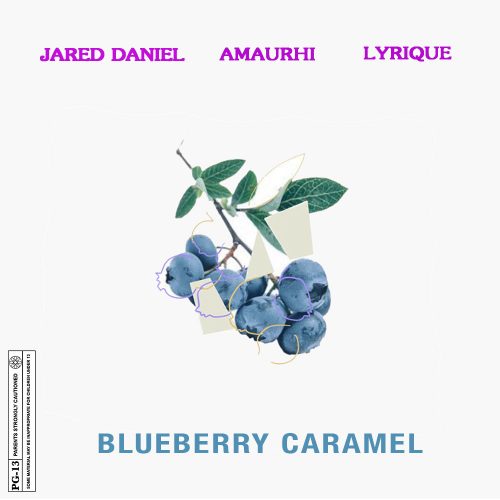 In this new entry in our ‘Diamonds In The Rough’ category, we want to introduce you to upcoming artist Jared Daniel and his brand new single titled “Blueberry Caramel” featuring Lyrique.

Jared Daniel recounted the story behind “Blueberry Caramel” with us. He remembered walking into Amauhri’s (Calgary Hip Hop producer) apartment around the time they first started making music. “Lyrique, among other artists present, was boppin to this super fun beat.” Daniel continued by explaining the setting of this jam. “I was havin’ a pretty stressful/ busy day when I walked in, but first thing Amauhri explained the concept of this beat “Blueberry Caramel”: That it’s not a thing but more a state of mind, letting go and letting the beat the music heal you and bring joy.” Daniel had about 10 minutes (was just stopping in) but knew he needed this “Blueberry Caramel” in his life, so sang whatever words came to his mind in the moment. He continues by saying, “I didn’t think we were actually taking it seriously, but Amaurhi knew he captured the vibe he needed from me.” Amaurhi bounced the record over to Daniel later that night, and while Daniel still thought he was joking/ using the track as a fun “letting go” exercise, Amaurhi assured him he was serious about the track, that it had somehow captured that essence he was going for. Jared Daniel concluded by saying that this was why he feels Amaurhi is a great producer and collaborator, not for having a lot of fancy equipment but for establishing an environment conducive to child-likeness and creativity for HipHop and RnB artists in Calgary. Daniel finished by saying “For that I’m thankful.”
Listen below:
Share on Facebook Share
Share on TwitterTweet
Share on Pinterest Share
Share on LinkedIn Share
Share on Digg Share
Send email Mail
Print Print