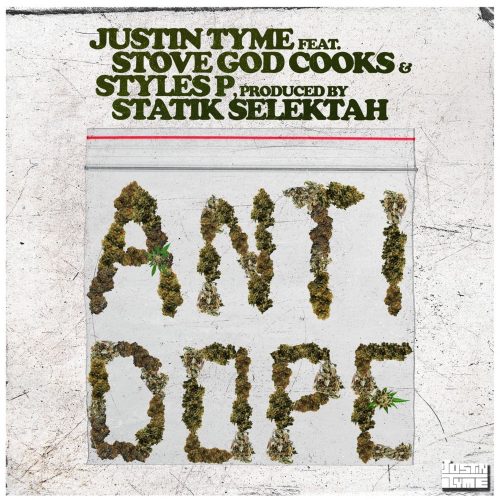 In this new entry in our ‘Diamonds In The Rough’ category, we want to introduce you to upcoming artist Justin Tyme and his second ‘Diamond In The Rough’-feature “Anti Dope” featuring Stove God Cooks and Styles P.

Fresh from the press this song was released Friday December 17th, 2021, ahead of the upcoming concept album IRON BARS dropping early 2022.
The concept of the album is uniting ‘the best kept secret’ dedicated to forge a masterpiece based on the essence of rap with high-level bars and dope beats straight from the underground.