DIAMOND IN THE ROUGH: Kartell feat. Che Lingo – “All In” 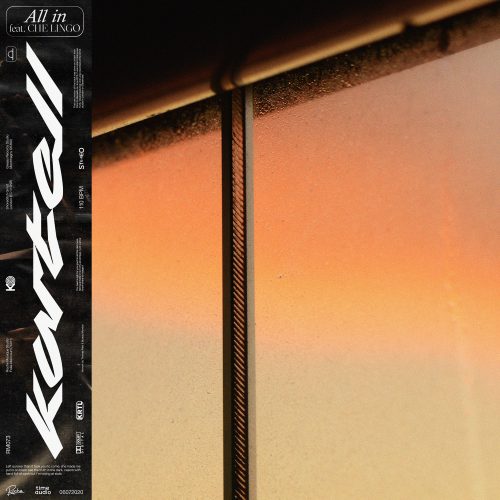 In this new entry in our ‘Diamonds In The Rough’ category, we want to introduce you to upcoming artist Kartell and his brand new single titled “All In” featuring Che Lingo.

“All In” is an invitation to a journey into a blazing sunset. After several years in the studio distilling soul and house influences, the French producer comes back with a solar track, between hip-hop and funk.

First composed in a train between Paris and Marseille in June 2019, the track came to life in December during a studio session with Che Lingo on his own turf. Being a fan himself of style fusions, the rapper embodies Kartell’s desire to be at the crossroads of genres with a sharp flow and a more melodic topline.

“All In” lays the foundations of a whole new project built on this exact balance, between soul and timelessness. The track evokes the games of seduction, bluffs and risk-taking, with the fever of an endless summer as an imaginary backdrop: the orange from the scorching afternoons on the beach and the blue from the cold nights on top of cliffs.

Warm guitar riffs and textured arrangements give this track a relentless groove and mark a turning point in the producer’s discography. With the intentions of composing real structured songs, without losing his electronic approach, Kartell opens a new page and presents a more concrete and assertive project.

Along with this release, Clément Chasseray and Julie Meyer have produced an official visualizer which illustrates and perfectly transcribes the song’s universe through Che Lingo’s lyrics.

“All In represents the idea I have of the end of a hot summer day, its colours and intense lightness. It’s a funky, positive song which can also be read in contrast. Che Lingo captures this in-between moment, between rap and singing, optimism and resignation.”