DIAMOND IN THE ROUGH: Kestine – “Reflection” 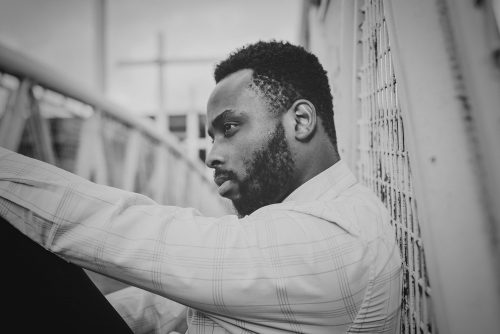 In this new entry in our ‘Diamonds In The Rough’ category, we want to introduce you to upcoming artist Kestine and his brand new EP titled Reflection.

This brand new EP from rap and RnB singer-songwriter Kestine is the culmination of a life-long journey. Enchanted by artists like Michael Jackson at a young age, with the dance moves, beats, and swagger, Kestine knew that music and performance were the future for him. Combined with a Gospel Music influence from his parents, and the big impression made by the sounds of hip hop, reggae, and soul, Kestine began designing his own sound. When he was young, other children would sometimes tease him about his musical aspirations. This only worked to push Kestine further into the world of learning piano, writing songs, rehearsing, and training for the stage. Soon after this, Kestine began to find a niche with rap as the rhymes and words would flow to the music. For the first time in his life, Kestine began to feel included in something and treated with respect.

A former chorister, with a background in piano, Kestine releases Reflection EP. Adapting a soulful influence with an orchestral composition style, the music draws on works by artists like Michael Jackson, Kanye West, and Kendrick Lamar. Utilising modern electronic technology and producing material that nods to the classics, 808 beats and cutting edge drum mixing walk with the traditional sounds of soul. As a Black Irish person, Kestine looks into the history of his culture through the lens of the modern BLM movement. Reflection EP opens a window on the past and lets the air in, the aromas and melodies bringing back all kinds of feelings. Growing up with a sense of wanting to be good enough, and now standing as an international talent, merging the two perspectives takes good leadership.

This EP has been engineered by Outsider YP. As someone who identifies with the outsider himself, working with this talent enriches the meaning behind the record even more. Designed to be a moment of looking back and appreciating where we are now, Reflection EP takes a good look at Kestine’s interesting life through a diverse set of tracks. The record includes “U.N.I.T.Y.” which is a direct address to the Black Lives Matter movement. As a black artist with a platform, it seems the right thing to do to use it for good. He asks his community whether they are looking out for all black people or just themselves. It’s something many people have feelings on and this track will bring the conversation to the front.