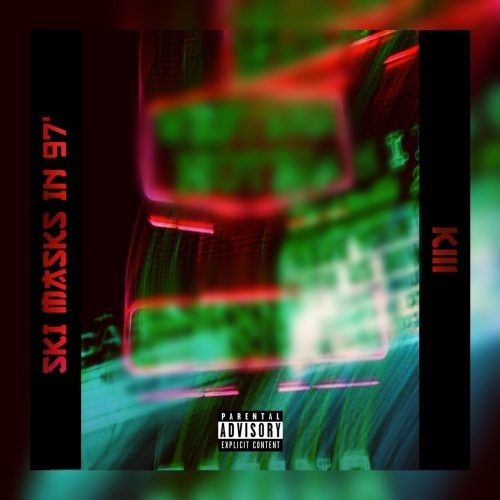 In this new entry in our ‘Diamonds In The Rough’ category, we want to introduce you to upcoming artist Kiii and his brand new EP titled Ski Masks in 97′.

Born in Sacramento & praised for his technical proficiency in writing and arrangement, Kiii has won over fans of the Psychedelic Trap genre as well as underground Hip-Hop. He has transcended Gangster rap from a political lense, collaborating with a diverse array of musicians including Nickelus F & Cambatta. Kiii made a name for himself throughout his college career completing his degree at UCLA, announcing himself as the top 5 emcees from Sacramento California-returning with the released “Strictly 4 Your Eyes, the first single from his first full length LP, Drug Dealers and Time Machines; which dropped on the first day of February 2020.

Influenced by the likes of 2Pac, Rakim, and Dr. Dre, Kiii polished his lyrics with honest and thought provoking point of views from his hometown’s culture; consumed by drug dealers, gang activities, and poverty in which he worked diligently on improving by the means of entrepreneurship. He moved units of records out in Los Angeles, from his college dorm room recording studio, absorbing many cultures exposed by a completely different way of thinking. Kiii is signed to TSE4VR, a publishing and production company owned by himself. For an underground artist, Kiii has reached incredible heights in streaming up to the half a million mark since his 10+ year career began.