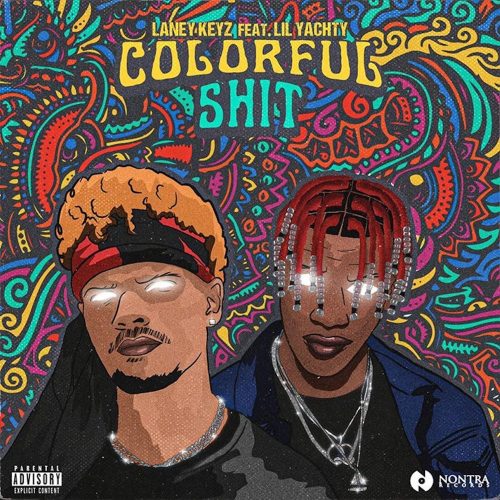 In this new entry in our ‘Diamonds In The Rough’ category, we want to introduce you to upcoming artist Laney Keyz and his brand new single titled “Colorful Shit” featuring Lil Yachty.

Originally from Oakland, California, 23-year-old Laney Keyz is a rising artist with plans to make a big name for himself within the music scene. Keyz had a particularly tough and unstable upbringing. He was adopted as a child, with 5 adopted siblings, and didn’t meet his real parents until the age of 12. He grew up in a rough bay area neighborhood and took to an early life of crime thus spending most of his adolescence in and out of juvenile hall and prison. During his time in jail, he took to reading books and writing music to get him through the lows and turn his life back around. Since then he has been working religiously with a tight-knit group of producers to establish his place within the rap world, and get his message out to those that need to hear it.

As a child, his biggest influences in music were Meek Mill as well as his own godfather, David.“I liked Meeks’s music so much because it gave me hope. I felt like we were from similar backgrounds and in his songs, it was like he was rapping about my real life. It made me feel like I actually have a chance. My godfather also influenced me because he was a rapper, he wasn’t big or anything, but he was a hood legend. At the time I believed it was because of rap and I wanted to be just like him.”