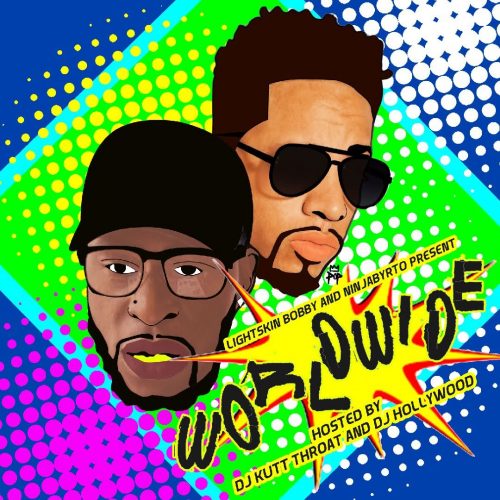 In this new entry in our ‘Diamonds In The Rough’ category, we want to introduce you to upcoming Atlanta-based singer Lightskin Bobby and his brand new joint album with Ninja Byrto titled Worldwide.

A singer/songwriter, Breyon “Lightskin Bobby” Sweeting is an Atlanta-based talent working his way from the bottom until he reaches the top.
As a child, a became a prodigy around the talent show circuit, winning multiple shows in Georgia and South Carolina, and competing on legendary talent program “Showtime at The Apollo.” He’s worked with well-known producer Mr. Hankey, PS On The Track, Ali of Travis Porter, and infamous Atlanta music influencer DJ Kutt Throat.
Earlier this year, Sweeting dropped his Lightskin Bobby project, which coincidentally promoted him to switch his professional name from Breyon FPGM to Lightskin Bobby.