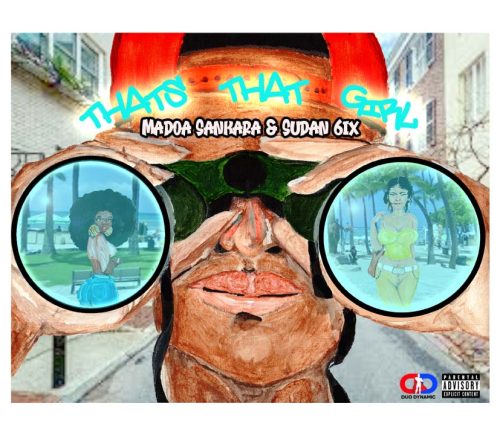 In this new entry in our ‘Diamonds In The Rough’ category, we want to introduce you to upcoming artists Madoa Sankara and Sudan 6ix and their brand new single titled “That’s That Girl”.

Madoa Sankara is an American emcee and one half of the hip-hop group The Drop Squad. Raised in Newport News, VA, Madoa now resides in Raleigh, NC. After forming The Drop Squad in the late 2000s, Madoa and Botti released their critically acclaimed mixtape, The Drop, in 2010. The debut project was well-received – praised for its stellar production and diverse subject matter. Madoa released his debut project, Witt, in 2021. Bolstered by the singles, “City Lights,” “Sunshine,” “Cus D’Amato,” and “Gold Nickels,” which was well-received by hip-hop fans.

“That’s That Girl” is the lead single from Madoa Sankara’s and Sudan 6ix’s joint EP, The Poet and 6ix. If you’re feeling the track, make sure to follow Madoa on social media and check out The Poet and 6ix – available on all streaming platforms.