DIAMOND IN THE ROUGH: Matt B – “I Spoiled You” 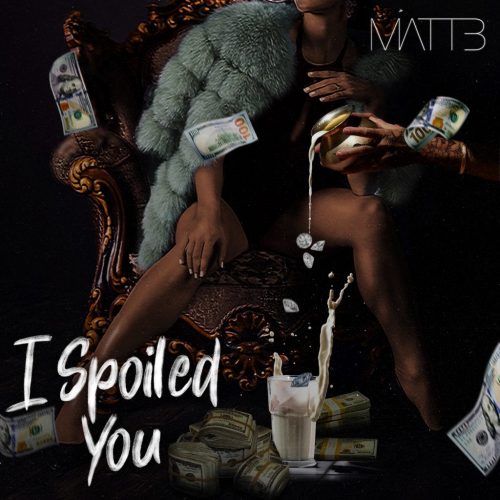 In this new entry in our ‘Diamonds In The Rough’ category, we want to introduce you to upcoming artist Matt B and his brand new single titled “I Spoiled You”.

Chicago R&B artist Matt Bserves up another delicious treat, with his new single “I Spoiled You“. A silky-smooth R&B pop track reflects on an unbalanced relationship, as bittersweet lyrics reflect “baby, I spoiled you”, realizing where it all went wrong. “I Spoiled You” teases a taste of Matt B’s upcoming album EDEN, due out next year.

Producer and Grammy award winning engineer Sam Thomas and Tricky Stewart presented the track to Matt while in the studio. “I instantly fell in love with it because it was so different and in a lane that I typically don’t go down but wanted to explore,” shared Matt. “The melody lines were crazy, and the lyrics could go over your head if you don’t listen to them. I had a lot of fun recording the record, but it took a lot of vocal control.”

Lyrically, the track provides a bittersweet realization of a relationship that has gone wrong. Matt sings to the issue, reflecting on a relationship where an unhealthy balance is created, built from a lack of accountability. Caring quickly spoils into resentment, realizing it’s time to move on. “Balance comes from within,” was Matt’s advice on the subject. “You can’t force another person to change based on your own expectations, you have to start with yourself and analyze your own mistakes and shortcomings in the relationship. So if you want a balanced relationship, you have to be the balance that you desire. The law of attraction says that you attract what you are, so it starts with you.”

Showcasing his upper range and precise vocal control, “I Spoiled You” lands as another R&B gem, as Matt prepares for the release of his upcoming album. With a number of impressive achievements under his belt, including international hits, Matt B is no stranger to success – but stays true to his craft, by continuously striving to grow as an artist. His recent singles all show an exploration to step outside of his comfort zone, while challenging himself musically. Due out in 2021, EDEN will serve as his debut U.S. album release; it also includes notable collaboration from Bryan-Michael Cox.Matt teased, “EDEN is the beginning of something greater. I’m putting all of me into this project and showcasing who I am as an artist now. I’m like fine wine baby, I get better with time!”