DIAMOND IN THE ROUGH: Mike SB – “NY For The Weekend” 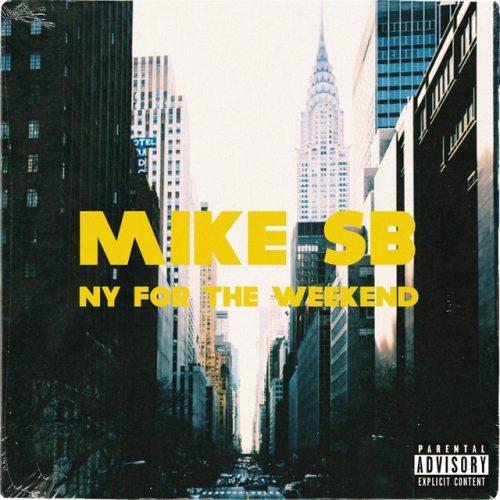 In this new entry in our ‘Diamonds In The Rough’ category, we want to introduce you to upcoming artist Mike SB and his brand new Shiggy-produced single titled “NY For The Weekend”.

Quote from the artist about the record: “What’s funny is I was actually out in NY for the weekend.. I was booked to come play a show in upstate NY so we took the trip and the first place we stopped was the studio. It had been a while since I had seen Shiggy in person – about 4 years actually. We had stayed busy over the web with joints like “Cissy Houston” and “Time to Go” – but this time it was different. I was in the studio with him. In the flesh. the vibes were crazy. This song is about trying to get back with an ex that lives in the city. I figured I’d give her a call when I got there but she obviously had her own thing going on and that’s cool. Sometimes you’ve gotta learn to move on the hard way. This one is for everybody that still loves somebody. And for everybody that is ready to move on.”