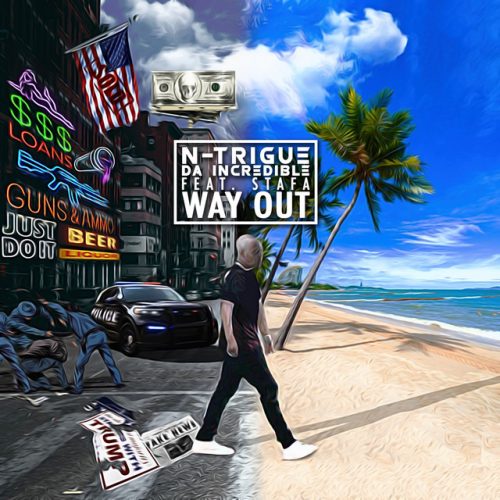 In this new entry in our ‘Diamonds In The Rough’ category, we want to introduce you to upcoming artist N-Trigue Da Incredible and his brand new single and video titled “Way Out” featuring Stafa.

N-Trigue’s music is quintessentially hip-hop and all genres at its best. He has married the light and the dark, the ups and downs, the triumphs and the tribulations. He’s the best music has to offer and hence the reason he is called N-Trigue Da Incredible. He intends to showcase his production, artistic visions and talent finding skills on this project which will be released on his independent label Radio Ready Entertainment.

“Way Out” is the first single from N-Trigue Da Incredible’s new project Man On Fire, which will be released this summer!