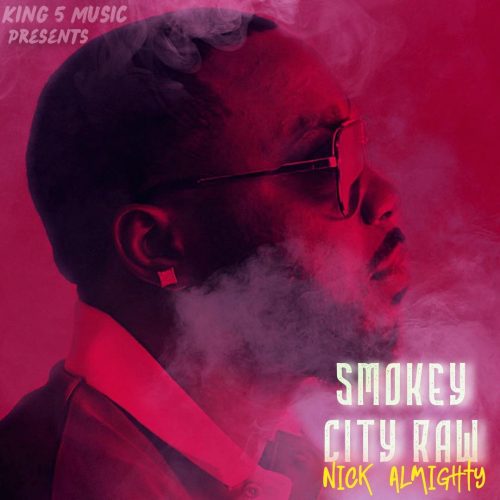 In this new entry in our ‘Diamonds In The Rough’ category, we want to introduce you to upcoming artist Nick Almighty and his brand new album titled Smokey City Raw.

Is there anything better than music? Whatever mood one might be in, music always has a way to uplift people in the most beautiful way. And this can happen across all genres. Whether it’s hip-hop, rap, rock, or pop, music is one of the best ways to connect with people. And when it comes to genres like hip-hop and rap, everybody knows that such music is born out of real experiences and struggles. A similar vibe can be felt in Nick Almighty’s music as well. His new album Smokey City Raw is out now and there is quite a bit of buzz around it. Smokey City Raw is released under the label King 5 Music.

This power packed album is sure to pack a punch as it is made of 15 amazing hip-hop and rap tracks. Nick Almighty has also tied up with various other artists in this albums. A few of the artists who feature in this album are Lucky Lucciano, Jay Go Hard, Sire, Live Sosa, King Meeteeie. The titular track, Smokey City Raw is a quintessential hip-hop and rap track that’s extremely groovy and funky and is sure to get everybody moving. The rhythm is absolutely infectious and listeners will not be able to help themselves but listen to this track on a loop.

Famous as Nick Almighty, his real name is Nicholas Bell and in no time he has become one of the most fast-rising independent hip-hop/rap artists from North Memphis, Tennessee. His inspiration for the album Smokey City Raw comes from the fact that he has grown up in the neighborhood of Smokey City wherein he has seen all the crime around gangs and drugs in full throttle. And that’s what has led to this beautiful album.