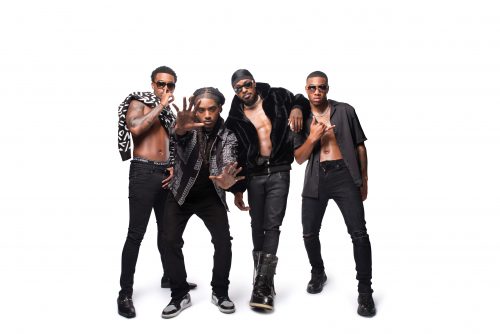 In this new entry in our ‘Diamonds In The Rough’ category, we want to introduce you to upcoming artist No Ego and their brand new single titled “Ball 4 U”.

No Ego epitomizes the phrase “the sum is greater than its parts,” as they combine seamlessly to create music that strikes deep in your soul. The Atlanta-based quartet—Karon, Mylo, Chase and CaLLamar—have intertwined their paths to becoming the R&B unit they are today. They gained attention for their cover of Lucky Daye’s “Over,” which caught the attention of several individuals in the music industry.

Each of them has a different story, but they all have one thing in common: the love of music, and they all knew that one day they would make music as good as what they loved so much. Over the years, they have performed with Gladys Knight, Brandy, Yung Joc, Sammie, and many other top entertainers.
CaLLamarcomes from the hip-hop group “We are Toonz,” the creators behind the viral smash “Nae Nae.” After the group folded, he shifted his focus from hip-hop to singing.

Chase’s childhood heavily influenced him to become the young artist we see today. He looked up to singers PJ Morton, Usher, and Chris Brown, all of which depict the old soul and deeper musical roots that stem from the church.

Mylo’smusical heritage dates back to his uncles, who began performing together in the 1970s. He himself had a taste of stardom when he signed to L.A. Reid’s HitColabel and toured the world as a member of the R&B group Project 2ONE5.

Karon is also a former member of Project 2ONE5 and has been an avid entertainer for years. He shares an affinity for music through his family’s legacy—at the age of eight, he began performing as well as writing music.

The boy band to watch is No Ego. As a brand-new group, they’ve already managed to create an undeniable chemistry that radiates in every moment they share—and it shows in their music. No Ego is currently in the studio, creating something entirely new: a fresh take on the classic R&B sound. With each member having an extensive background in music, they have created beautiful harmonies and melodies, unlike anything you’ve ever heard before.