DIAMOND IN THE ROUGH: PPPRapper – “The Dream Started” 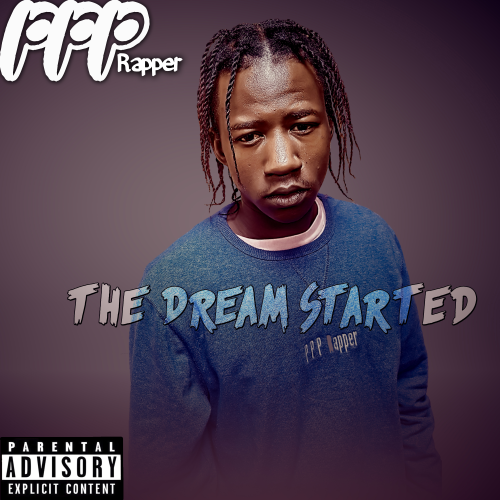 In this new entry in our ‘Diamonds In The Rough’ category, we want to introduce you to upcoming artist PPPRapper and his brand new album titled The Dream Started.

The Dream Started is a fresh new album that brings a whole new dynamic to the HipHop industry; offering up ice-cold Trap beats with spoken-word style vocal performance from PPP Rapper himself. This is particularly prevalent on the album’s impressive opener entitled “Interlude” – a ballad style piano plays beautifully harmonic melodies as PPP Rapper speaks over the top indulging the listener into his story and encouraging fellow Rappers starting out to ‘follow your dreams.’

The album’s eponymous track, The Dream Started, has that much more familiar Hip-Hop sound flaunting; plentiful HiHat trills, pumping & sub-heavy 808s paired with a similarly dense kick and the sonic soundscape is completed by subtly-interwoven, airy synths which provide the song with its rich texture.

PPP Rapper brings in help from talented Rappers Young Ttyl, Dark Ave & Phily Montana who feature on Trap anthem ‘Made It.’ The album’s writing process was distinctly straightforward with PPP Rapper hearing just one beat out on a walk and the lyrics all flowed naturally from there. The Dream Started, exudes that sense of authenticity which is what makes it so incredible – certainly not one to miss.

The Dream Started is a really nice album on which PPPRapper shows off his versatile sound and flow. The production is banging and fits perfectly with PPP’s dope flow. Keep an eye on him!