DIAMOND IN THE ROUGH: PS the ReBels – “No Idea” 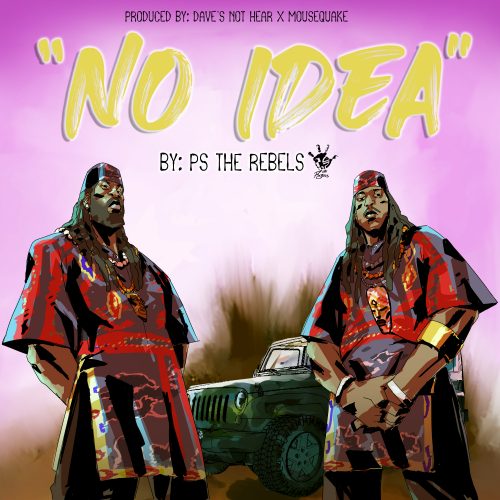 In this new entry in our ‘Diamonds In The Rough’ category, we want to introduce you to upcoming duo PS the ReBels and their brand new single titled “No Idea”.

Brothers Pihon and SamuiLL, better known as PS the ReBels, are dropping clues with the release of “No Idea”, the first single from their forthcoming sophomore album. Born in Kenya, East Africa, and raised in America, the critically received Afro-hop duo created a global anthem for those who ‘hustle and persevere’ and whose success in life is often taken for granted. Its timely message reflects their journey as Immigrants to becoming Citizens at a time when America’s immigration debate rages on. It’s a haunting testament to their focus on achieving their goals. The new album will continue the unifying themes contained on their 2015 debut The Great Migration which the Dallas Observer described as “full of hope and opportunity”.  “No Idea” is available on all digital music outlets now.

The song comes with a banging beat, which fits perfectly with PS The Rebels’ great flows. The verses are good and contain some smart wordplay, but our favorite part of the song is the hook, which will remain in your head for weeks.