DIAMOND IN THE ROUGH: Raw B – “Enjoy The Process” 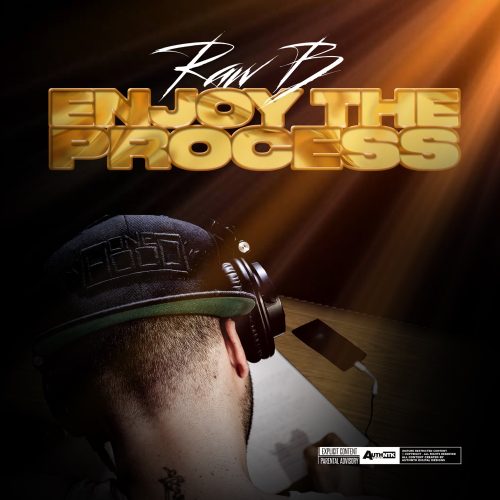 In this new entry in our ‘Diamonds In The Rough’ category, we want to introduce you to upcoming artist Raw B and his brand new project titled Enjoy The Process.

Robert Robertson born July 11, 1986, known by his stage name Raw B, is a Canadian hip hop rapper, singer, songwriter and musician. He is releasing his first studio album Enjoy The Process with OneHood Records on July 11th, 2020.

Raw B was born in Cornwall, Ontario, and was raised by his mother with his younger sister Martina in Ottawa, Ontario. He graduated from Saint Josephs High School. Following building a HipHop website brand that promoted hundreds of artists from across Canada in 2007, all while completing his college program, he began planning events that would showcase these artists on stage. Some of the events he planned were charity fundraising events to help raise money and donations for the Ottawa Food Bank, Ottawa Dog Recues and the Children’s Hospital of Eastern Ontario. He also began to organize and produce video content such as live cyphers, interviews and studio performances shining a spotlight on these artists and their talents. Since then he has continued to build the awareness of the OneHood brand by offering merchandise to the public to help spread the word of the many talented artists he works with.

His first album, Enjoy The Process, was intentionally written with the intention to inspire the youth of the world today. Singles will include “Bout My Money” featuring June B, and “Mind”. The album beats have been produced by legion beats in California and mixed and mastered by the Shoebox Recording Studio in Ottawa, Ontaio.