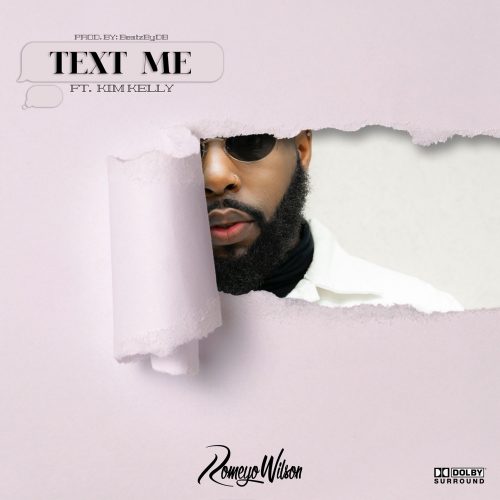 In this new entry in our ‘Diamonds In The Rough’ category, we want to introduce you to upcoming artist Romeyo Wilson and his brand new single titled “Text Me” featuring Kim Kelly.

Romeyo Wilson is a name you soon won’t forget, as he is Torontos up next R&B singer. The Toronto native is one of the most underrated singers coming out of Canada. Wilson is a versatile singer with immense creative abilities, which shines through on every new release.

His newest song “Text Me” is a certified smash. The melodic beat, soft vocals & amazing feature (Kim Kelly) gives you nothing but tropical vibes and a good time. ‘Text Me” is one of those songs that will have you vibing and singing along but lets touch base on the overall message.  The artist states, the inspiration for this song came from a past relationship with an ex, whom realized Romeyo had more to offer in comparison to the person she had left him for. Romeyo admits on this record that he had a very hard time leaving his toxic relationship due to the fear of having to starting over. A situation many of us can relate to. Wilson did not only want to express a male perspective but also a woman’s., which we hear from none other than  the amazing reggae artist Kim Kelly to bring the song to a whole other level of transparency.

“Self-growth, being happy and taking necessary risks to secure your sanity”; is the message Romeyo wants the world to take from this new audio/visual experience. This song is currently streaming on all digital platforms and is beginning to garner the attention of many as the song has tracked 50K+ streams and counting since its release.