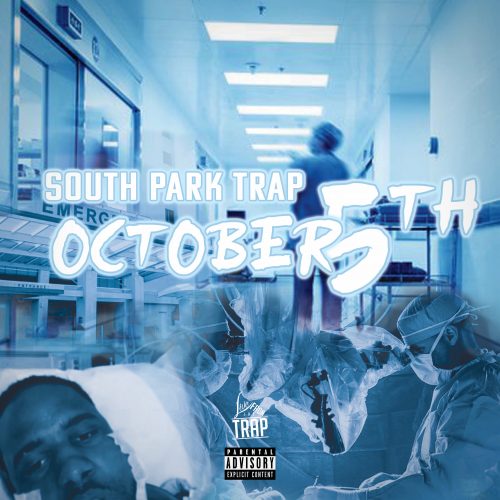 In this new entry in our ‘Diamonds In The Rough’ category, we want to introduce you to upcoming artist South Park Trap and his brand new single titled “October 5th”.

29 year-old Houston Rap Artist Trap started writing lyrics as a distraction from the street life that surrounded him.  Now seven years later, he is passionate about the art and spends both days and nights in the studio working on the highly-anticipated 3rd street album Live From The Trap 2.

Born and raised in South Park, Houston, Texas, Trap – born Ronnie Spears – got his street name from people in the local neighborhood who nicknamed him this at an early age.

Trap has worked with many artists, including Houston Rapper Lil Keke, Lil Flip, Alley Boy, Maxo Kream, Sancho Saucy of the Sauce Twinz . He credits Lil Keke and many other Texas rappers – Screwed Up Click, Lil Flip and UGK – for  musically influencing him and providing the foundation for up and coming artists today.

Live From the Trap is continuously being perfected in the studio daily, and record producers include Super Producer T.A., Cyfyre , Yung Buddha and Chase Dolla.