DIAMOND IN THE ROUGH: STEMIN – “Live at Funny Bones Studio” 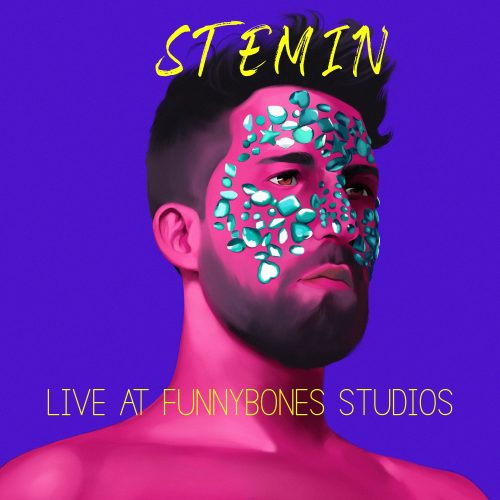 In this new entry in our ‘Diamonds In The Rough’ category, we want to re-introduce you to upcoming artist STEMIN and his brand new EP titled Live at Funny Bones Studio.

Following the success of his debut album ‘#tellyourheart’ released on August 28th, STEMIN, the Swiss-Italian singer, multi-instrumentalist and artist releases his new EP Live at FunnyBones Studios on all digital platforms: a collection of four songs, amongst the most famous and successful extracted from his debut album ‘#tellyourheart’. The EP is followed by the respective videos published on STEMIN‘s official YouTube channel. STEMIN’s sudden success, initiated with the release of his debut album
#tellyourheart, displays all his qualities as a singer-songwriter, arranger and producer of a style that ranges from soul to pop, influenced by funk and contemporary R&B, through which he finds his own original and unique expression. STEMIN’s indie R&B world is built on very catchy riffs and melodies,
supported by unexpected harmonic structures, very effective for this genre.

The idea of wanting to combine the various worlds of soul, funk, pop and neo-soul has always been one of STEMIN’s dream. Also, it’s hard to forget his sophisticated voice: a voice that sweeps across various vocal registers and is as distinctive as refined. His personal search for a distinctive style that he has been carrying out for some years now, reflects not only his various musical influences since a very young age and his professional musical training, but also his personal story and experience.