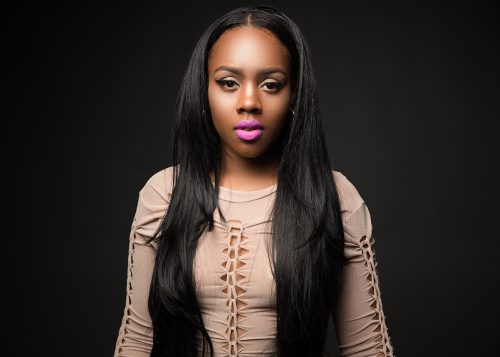 In this new entry in our ‘Diamonds In The Rough’ category, we want to introduce you to upcoming artist Taija New and her brand new single titled “Couture” featuring Juice The DJ.

Being a 90s baby, “Couture” was the song that Taija New always wanted to write and record. As soon as she heard the beat that was produced by NY Bangers, she could not stop her pen from writing; she knew exactly where she was going with the feel for this one. “Couture” was engineered by the incredibly skilled and talented Angelo Quaglia, whose Grammy nominated work has been heard on artists projects such as Joe, Busta Rhymes, 702 and Deborah Cox.

“Just before COVID-19 I was beginning to gain traction and have the opportunity to headline at more and more festivals. Because of COVID-19, this has changed the very fabric of live performance. I wanted to capture the essence of what my life as an artist was like before the pandemic and what it is like now with live virtual performances as well as being quarantined.”

She hopes whoever watches the “Couture” video can feel what she’s saying rather than just see it. The entire song is about the feeling and vibe it gives you all while bringing across an important message, “I don’t compete to you better not sleep, or you might lose me!” She wanted the ladies to feel the power in their worth.