DIAMOND IN THE ROUGH: Tayylor Made – “TAKE TO THE STREETS” 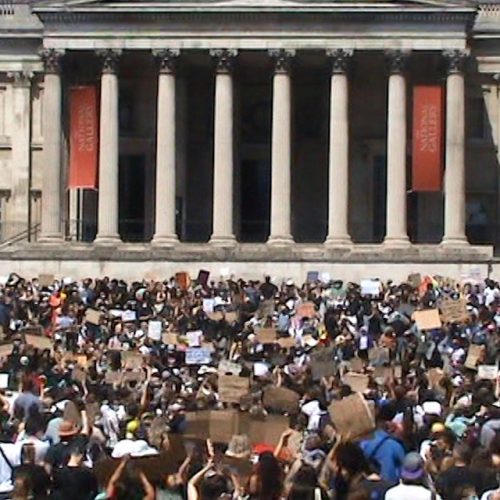 In this new entry in our ‘Diamonds In The Rough’ category, we want to introduce you to upcoming artist Tayylor Made and her brand new single titled “TAKE TO THE STREETS”.

TAYYLOR MADE is a Black independent artist from the USA currently residing in London, notably known as an international DJ in underground and queer party scenes. The song has been created in support for the BLACK LIVES MATTER movement, and we would like it to be shared in any related playlists.

‘TAKE TO THE STREETS’ has been created entirely by TAYYLOR MADE from the recording, mixing and mastering to the composition, and the music video which will be released on Friday 19th June 2020, will feature vlog footage shot by TAYYLOR MADE at multiple protests in London.

The song is an expression of her frustration with the status-quo and represents the empowerment and unity of massive amounts of people around the world who continue to come out and rally against racial injustice.

All proceeds from the song will go to causes supporting the BLACK LIVES MATTER movement.